Introducing and managing your kid’s allowance

Two months ago, we decided to give our kids money. What were we thinking?!? Before crying talking about how it went… why did we decide to introduce an allowance (pocket money in the Queen’s English)?

You can read the full rationale behind what we are doing HERE, but for those of you too lazy / technically challenged to follow the link, here’s a summary:

What did our kids do with their money?

We are now seven weeks into our experiment.

General Leia, our eldest, had a birthday in September meaning an extra €0.50 per week. She was adamant that the extra allowance had better kick in from her birthday and not from her party which was a week later. I feel for her future manager during salary negotiations…

The tables below set out what our eldest two received and what they did with it. As well as their allowance, some family friends also gave them an extra €1 each. And our son found €0.10 that got added to his pot. He tells me he found it, but I should probably audit the twins’ allowances to make sure one of them is not 10 cents short.

Leia spent way more than I expected her to – a whole €8. I thought she was going to be true to her Scottish roots, where people allegedly have short arms and deep pockets. But she spent a third of her allowance – mostly on snacks and drinks. And one mystery playmobile character – which it turns out she already had.

At the end of the month, I asked her how she thought things had gone. She said she spent way too much money and was going to save a lot more going forward. So that feels like a bit of a win.

Unexpectedly it was Yoda who was the most restrained. He only spent €1.25 – also on drinks and snacks. And he thoughtfully agreed to split some of his purchases with his brothers to lower the cost per person.

What went well with the system?

Physical cash is a winner

Leia is now very comfortable with coins and at a recent school fundraiser, had no issues giving correct change to kids buying the baked good she was selling. I’ve also tried a couple of times to short-change her with her allowance but she was all over it.

Yoda is taking a little longer to figure out coins. Though he clearly knows they have value and will pick them up off the street! Having said this, there was one week when he left his allowance lying on the table instead of putting it in his Lego money box. I was very tempted to steal it to teach him to look after his money. But Mrs Chaos has forbidden me from teaching our kids how to steal stealing is morally wrong and so I didn’t. The kids have been put on alert that if they leave their money lying around again, I won’t steal it, but I will charge a finder’s fee for returning it to them.

The thing that both Mrs C and I remember most about the allowances we received as kids is that they were inconsistent. It’s difficult to learn how to deal with money if you don’t know if / when it’s coming. So making sure we don’t forget is a high priority for us. We did this by ‘habit stacking’ payday onto another recurring weekly event – Saturday breakfast when our minions are allowed a weekly ‘treat’ of sugarcoated cardboard, I mean cereal. And which they never ever forget. See James Clear’s awesome book Atomic Habits for more on habit stacking.

At the end of September our eldest two received interest of 5 cents for every euro in their savings bucket. Leia had to calculate her interest herself – seemed like a good way to practice her multiplication tables. They were surprised they were getting extra money just for having savings. And the fact that Leia’s younger sibling earned more interest than her is definitely an extra motivator in her assertion that she would save more going forwards. I don’t feel bad for encouraging sibling rivalry in certain circumstances.

Having a savings goal

We encouraged our kids to think about a couple of things they’d like to save up for. And to make it more visual, we had them draw pictures of their savings goals that sit behind their money boxes. They are free to change what they are saving for and draw a new goal any time they like.

General Leia’s picture of her savings goals confused me. ‘Dinosars’ and ‘chicen’?!?

Yoda is saving for lots of police Lego. And surprisingly I was able to figure out the Lego set he wanted based on his drawings. Amazon US Link and UK Link

It has definitely helped them allocate more of their money to savings when there is a picture reminder of what they are saving for.

What didn’t go so well?

The kids still asked us to buy stuff for them

But there’s a simple solution. The reason they asked us to buy them things is because they didn’t bring their spending money with them. I did relent and buy them things a couple of times when they had no cash with them. But I made them repay me as soon as we got home. That worked okay, but I do think they spent this money with a little less forethought, than if it had been their money in their wallet, they were having to dig out to pay the cashier.

Our solution is to buy them wallets that they can put some of their spending money into. It will then be up to them to remember to bring it with them (or ask us to keep it safe for them). If they forget their wallets, then that’s just tough luck. And we can empathize with them. And by we, I mean Mrs Chaos. She frequently leaves the house without her wallet. And all this time I just thought she was really frugal…

We had to intervene

I’m not sure whether to be proud of our daughter’s entrepreneurial spirit, but we had to stop her shaking down her siblings for their allowance. About three weeks into this experiment she set up a face painting stall just after allowances were handed out. And she was charging her brothers for painting their faces. We did step in and highlight that since Mom and Dad had paid for the face paint, we would be charging her for our materials. Unless she agreed to paint their faces for free. Though it is slightly worrying that all the brothers were willing to part with their cold hard cash in exchange for being a ‘cheetah’.

It’s another task to manage

When you have four kids, you really don’t want to add to your workload. That’s not to say that managing allowances is difficult or time-consuming. But there is effort involved in ensuring you remember to pay out the pocket money, have the correct change on hand, and follow up with kids on whether they are recording what they spend. We are fortunate in having lots of headspace and time now to make sure we are consistent in implementing this. And I certainly wouldn’t start the process in a period where we struggling to keep our heads above the water.

So that’s it for now, but we’ll provide another update in a couple of months.

The habit of saving is itself an education; it fosters every virtue, teaches self-denial, cultivates the sense of order, trains to forethought, and so broadens the mind. 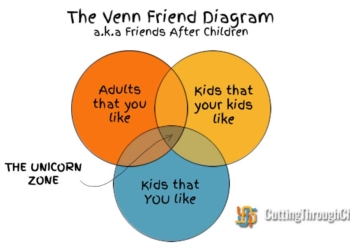